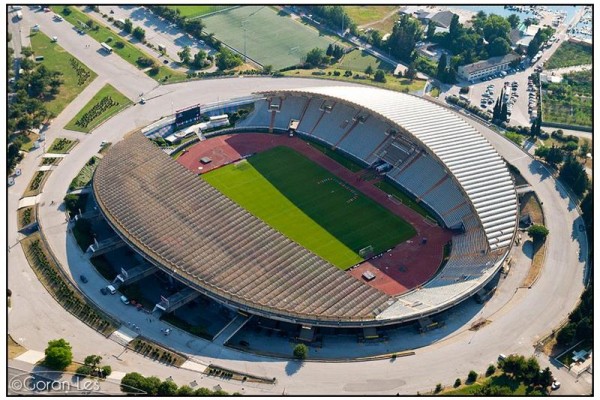 At the meeting held on 23 November 2015, an expert committee evaluated that the Municipal Stadium “Poljud” in Split has cultural property qualities according to the Law on the Protection and Preservation of Cultural Heritage. Thus, it became a part of the Croatian Cultural Monuments List which provides an established system of measures for its protection.

Poljud stadium known to locals as the “Poljud Beauty” is a second largest stadium in Croatia and has a capacity of 36,000 people. The stadium was designed by the famous Croatian architect Boris Magas (1930-2013) as part of the facilities for the 1979 Mediterranean Games that were held in Split. The stadium has an interesting architectural composition – viewed from the air, it has a shape of an opened shell. The zone of 60,000 square meters around the stadium is designed for pedestrians and consists of paved and green areas.

In addition to its architectural concept, the stadium has a unique roof structure weighing 680 tons and measuring 18,000m2. With the diameter of 206 meters, it is the largest of its kind in the world and this type of spherical shape has never been constructed before. Transparent roof absorbs up to 70% of ultraviolet rays preventing excessive air heating under the roof.

City Stadium “Poljud”, situated in a natural environment of the Kaštela Bay and oriented towards the green Marjan hill, has an extremely light volume that almost floats in space. Its construction is of an exceptional urban and architectural value with unique features of modernity.