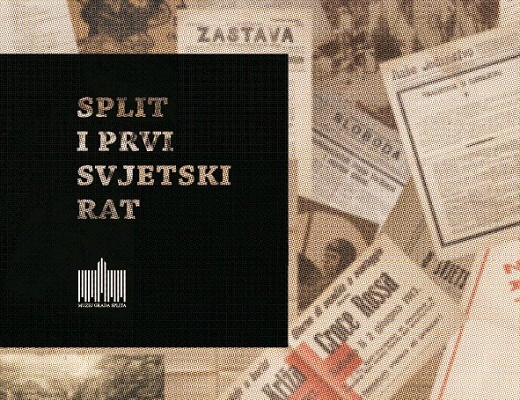 The exhibition about the First World War opened on the 15th of September in the City Museum of Split as a part of the national celebration program of marking a hundred years since the War, with the support of the Ministry of Culture and the City of Split.

The centenary of the First World War is an opportunity to deepen understanding of this War which is not sufficiently explored valorized in the Croatian historiography. The research of everyday life of civilians in the time of war, the lives of soldiers on the battle field or in captivity is useful to museums in order to implement the thematic presentations on the First World War. The publication which became available to the public is a valuable historical source which can be used for further research and comprehensive analysis.

Although Split and Dalmatia have not been directly affected by the military operations, the war is strongly reflected in the lives of the population and its impact on the political, social, economic, cultural and global aspects is evident, not only during the war itself, but also in the consequences it left afterwards.

Many families’ heritage contains souvenirs about the events of the First World War preserved especially in family albums. The collections of the Museum of Split consist of a variety of museum objects which tell stories about people, events and phenomena of the periods before, during and after the First World War in Split. The numismatic collection contains pieces of paper and coins from the Austro-Hungarian Empire; the library keeps periodicals and books printed in this period related to the Great War.