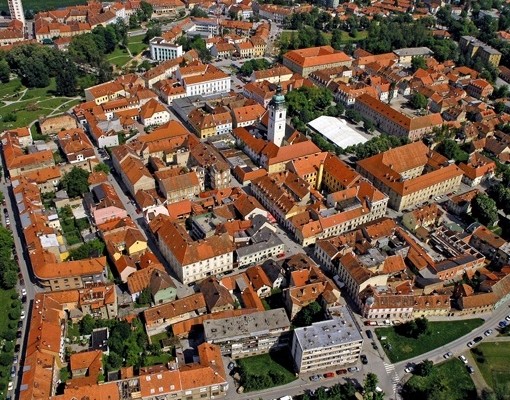 As part of the Festival of France in Croatia “Rendez-Vous”, with the support of the City of Karlovac and the City of Dubrovnik and in cooperation between the Croatian Association of Historic Towns (HUPG) and the French National Association of Historic and Artistic Towns and Protected Areas (ANVPAH & VSSP), a panel discussion on the subject of cultural heritage valorization will take place on Wednesday, September 2nd , 2015, in Karlovac. Dealing with current issues of the City of Karlovac, but also of other historic towns in Croatia, the panel discussion will focus on three main topics:

Three French lecturers, cultural heritage experts, were invited to share their knowledge and expertise and raise awareness of the Croatian public: Josiane TRICOTTI, responsible for the animation of architecture and heritage of the city of Menton, Anna Maria SPANO, the Deputy Mayor of the City of La Rochelle, and Caroline COUSIN, project manager for valorization of architecture and heritage of the city of Pau. The concerned public is therefore very broad, the panel discussion is aimed at researchers, professionals, scientists, employees in tourism, representatives of the administration and local authorities, students, teachers, members of the Croatian Association (HUPG) and citizens of the City of Karlovac. Following each theme and case studies, moderated discussion, Q & A, will be opened to achieve a dynamic interaction with the public.

More about the Festival “Rendez-Vous” 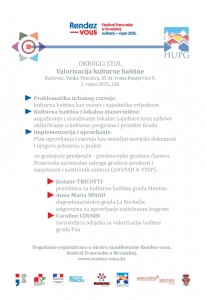