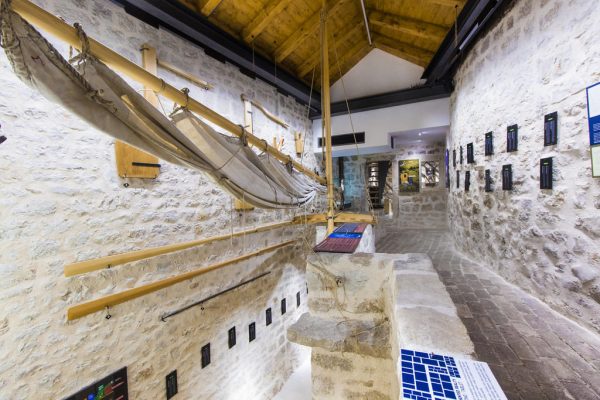 Amongst this year’s winners in the Education, Training and Awareness-Raising category , there is our outstanding Betina Museum for Wooden Shipbuilding.

The town of Betina, on the island of Murter, is one of the few places along the Dalmatian Coast where the art of wooden shipbuilding has survived. It is known for its Gajeta, a sleek boat equipped with a lateen sail that has an important role in the daily life of the local community in Betina. In 2011, fearing the disappearance of a practice that has been so central in the culture of Betina for the past 300 years, the local community took action and formed the Betina Gajeta 1740 association. The association’s endeavours resulted in the foundation of the Betina Museum for Wooden Shipbuilding in 2015, an institution dedicated to the maritime heritage of the region. The Municipality of Tisno, the Ministry of Tourism, the Ministry of Regional Development and the Ministry of Culture have each provided financial support to the Museum.

The museum’s working group, together with Betina Gajeta 1740, gathered items for the collection and recorded stories from shipbuilders, sailors, historians and the local community. The museum collection is a witness of the community’s generosity and passion for this topic. Many of the collected pieces have been donated and many of the Museum’s texts and video material feature locals who gladly shared their stories and experience. The Betina Museum is, however, much more than a displayed collection. The museum staff organises and participates in folklore demonstrations, sailing and rowing regattas, workshops, lectures, and many other cultural events to keep the shipbuilding tradition alive.

The success of the efforts of Betina’s Museum and community is apparent. The tradition of shipbuilding is sustained with customers consistently visiting Betina to seek out high-quality craftsmanship, thanks to its excellent reputation all along the Adriatic Coast. Almost any kind of boat can be built and repaired in the local shipyards. The jury noted that “the project also has a strong entrepreneurial element that realises the economic potential of local inherited shipbuilding traditions, in response to unsustainable global trends in ship construction.”

Citizens from around Europe and the rest of the world can now vote online for the Public Choice Award and mobilise support for the winning achievement(s) from their own or another European country.

The laureates will be celebrated at the European Heritage Awards Ceremony, co-hosted by European Commissioner Tibor Navracsics and Maestro Plácido Domingo, and organised under the high patronage of the President of the French Republic, Emmanuel Macron, on the evening of 29 October in Paris.
Seven Grand Prix laureates (each of whom will receive €10,000) and the Public Choice Award winner, chosen from among this year’s winning projects, will be announced during the Ceremony.

The Ceremony will be attended by an audience of high-level officials from EU Institutions and Member States, leading representatives of heritage organisations and dedicated professionals and supporters from all over Europe.

The winners will present their heritage accomplishments at the Excellence Fair on 28 October. They will also contribute to various other events of the European Heritage Congress, to take place from 27-30 October 2019.

The Call for Entries for the 2020 edition of the Awards will be published in June 2019 on the dedicated website.