Welcome to Dubrovnik, the Pearl of the Adriatic!

Today, when cultural tourism is deeply impacting the sustainable management, protection and restoration of historical towns, and when it has become the main impetus for regeneration and progress in heritage, the bonding of historical towns has become a platform for a united front that promotes specific interests and needs.

Accordingly, the City of Dubrovnik, as an Associate Member of the European Association of Historic Towns & Regions (now Heritage Europe) since 2004 and a Full Member since 2009, took the initiative of establishing a similar Croatian Association of Historic Towns in September 2010. In April 2011, the Founding Assembly was held in Dubrovnik, and the Association now counts 20 cities and towns: Dubrovnik,Ilok, Karlovac, Kaštela, Korčula,Mali Lošinj, Nin, Municipality of Novigrad (Dalmatia), Pag, Pula, Rovinj, Sisak, Solin, Split, Šibenik, Trogir, Varaždin, Vukovar, Klis and Zadar.

The most important objective of this Association is to systematically resolve common issues through an exchange in the views and experiences of cultural heritage professionals, local government representatives, scientists and tourism experts. The specific issues of historical towns and the problems associated with the preservation of traditional cultural and natural heritage, as well as the problems related to meeting the needs of citizens residing in historical towns and dealing with their treatment of heritage issues are greater than ever before. Therefore, it is important to recognize the value of Croatian cultural heritage and to implement responsible usage and management principles.

By achieving international recognition, we expect to jointly realize new progress and to draw nearer to the achievement of our common goals. I wish all participants not only a productive, but pleasant and well-spent time in Dubrovnik! 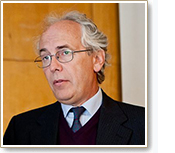