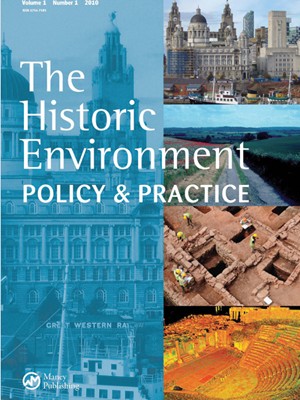 The term integrated conservation first entered the lexicon of urban heritage in the 1975 Council of Europe European Charter, recognising that the future of the architectural heritage depends on the weight attached to it within the framework of urban and regional planning. Since then, the agendas of sustainability, sustainable development and climate change have entered the debate, and various attempts have been made to re-position urban heritage from a specialist to a mainstream activity in the European context. In ‘The Geography of Urban Heritage’, we argued that the quantum of urban heritage recognised and appreciated today underscores a level of responsibility for the maintenance and processes of continuity whose realisation is beyond the scope and capacity of a specialist field. Additionally, that the complementary values of community, heritage, resource and usefulness, harnessed to common purpose, afford a potent combination for responding to the challenge. That article promoted the thesis that for urban conservation to become a mainstream activity, heritage professionals need to nurture relationships centrally within the broad discipline of geography – the core discipline of urban planning; and reciprocally, geographers need to recognise the vital role of urban heritage beyond a limited perception of its compass. The 2010 European Union Toledo Declaration acknowledged the importance of urban heritage, and defined the multiple dimensions of sustainability as economic, social, environmental, cultural and governance. Governance at the municipal level is the key to integrated urban planning policy and practice. This article explores current initiatives in the field and proposes directions for further research and implementation.

The heritage community has long faced difficulties with the theoretical as well as practical challenges of managing continuity on the scale of historic cities. Identifying individual components of the architectural heritage and selected areas for a variety of levels of conservation, from the benign to the interventionist, has largely proved to be the limit of attainment. In the generality of situations, where the survival of the components depends on their place within the whole, urban heritage is consequently at risk of suffering unnecessary losses. This is especially the case where the culturally sensitive historic cores of towns and cities are the primary focus of pressures for major change or redevelopment and counterbalancing policies are not in place to address those pressures proactively. Recent years have seen a number of reflections on urban heritage: notably, at the international level, by the United Nations Educational, Scientific and Cultural Organization (UNESCO) World Heritage Centre and the International Council on Monuments and Sites (ICOMOS). Deriving as they do from a vital but largely self-contained set of cultural heritage parameters and interests, their impact on positioning heritage at the core of urban planning and development processes has been limited. The essential human factor has not really been taken into account. With a focus on Europe, this paper looks beyond a paradigm founded on a limited perception of values to the objective of positioning the spectrum of urban heritage within the mainstream of urban planning policy and practice. This is a province dominated on a professional level by the broad discipline of geography, in which the urban geographer is the often-overlooked but essential ally for a constructive partnership. A second paper, in the following issue of this journal, takes the debate forward and addresses the governance of urban heritage.