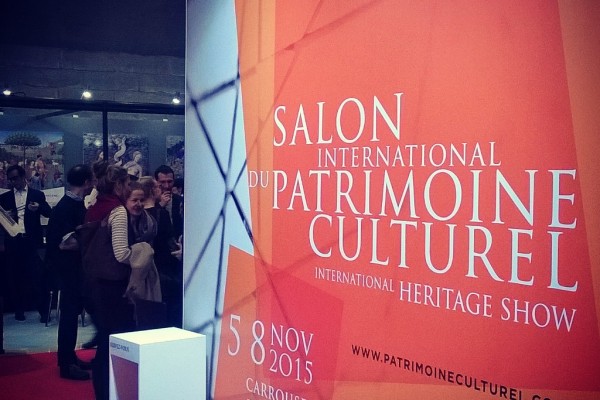 The International Heritage Show is a benchmark event that brings together professionals involved in restoring and protecting the heritage, whether built or otherwise, tangible or intangible.

After 20 years of existence, the show has confirmed its place as an economic forum for professionals in the sector and, in 2014, registered an increase in visitor numbers of over 10% compared with 2013, as well as a record number of exhibitors.

The 2014 edition, held from 6 to 9 November, was devoted to the theme of transmission, a key subject for heritage companies in France which, blessed with exceptional heritage, are increasingly opening up to new materials and new technologies. Transmission means protecting ancestral know-how by training skilled personnel in our workshops. It also means a company can change hands without losing its key assets. The 20th anniversary provided an opportunity to celebrate all stakeholders in the sector who work on a daily basis to pass on our cultural heritage to the next generation.

The 21st edition was held from 5 to 8 November 2015 at the Carrousel du Louvre on the theme of Heritage and Modernity. This is a subject that reflects the ongoing purpose of the activities carried out in recent years to show that, although the heritage is rooted in the past, it is also firmly focused on the future.

The international dimension of the fair was to affirmed again with 13 countries represented including newcomers such as Macedonia or Japan but also Belgium, China, Portugal, Russia … who introduces visitors to their expertise excellence.

The International Heritage Show includes a series of 30 expert-led lectures. The theme of this 21st edition, “Heritage and modernity” provided an opportunity to tackle specific issues such as the renovation of heritage sites, the use of new technologies and innovations in the heritage sector, and the cohabitation of ancient and contemporary architecture.

From 5 to 8 novembre 2015, around 340 exhibitors demonstrated and shared with you their passion for the protection and preservation of our cultural heritage. With more than 27 lectures, demonstrations and opportunities to meet master craftsworkers from more than 40 different professions, film screenings on the theme of “Heritage and modernity“, the Show has confirmed its place as an economic forum for professionals in the sector.

Next edition will be held between 3-6th of November 2016.