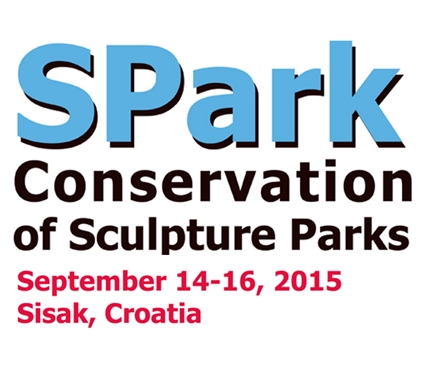 The conference was organized under the project for the preservation of sculpture parks by the artist colony “Zeljezara Sisak”. Conservation and Restoration Department of the Academy of Arts in Split is involved in the project since 2012. The project has particular importance for the city of Sisak in order to revitalize the sculpture park and to encourage the development of the local economy and cultural tourism and animate the neighborhood “Caprag” located next to the old refinery.

The conference brought together leading experts from around the world (USA, Australia, England, Denmark, Italy, Poland, Slovenia, Austria, the Netherlands, Spain, Taiwan, Belgium, Egypt, Croatia) who gave solutions and guidelines for the conservation, protection and restoration of outdoor sculpture collections including the management of parks and restoration methodology.

The last day of the conference was dedicated to the professional visit of the sculpture park created by the Colony of Artists “Zeljezara Sisak”, the Museum of Contemporary Art in Zagreb and the collection of Vjenceslav Richter and Nada Kares Richter.

The conference was organized as part of the two events, the European Heritage Days and Industrial Heritage Days of the city of Sisak.

Here you can find: